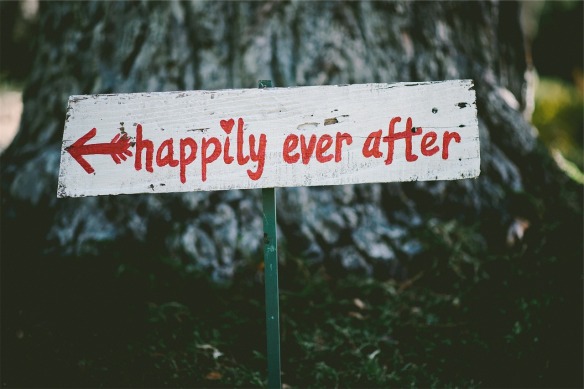 Marriage has been a part of society for thousands of years. Of course it has dramatically evolved. In the beginning, it wasn’t about love but rather the need to strengthen alliances and bare legitimate offspring. Polygamy was actually the norm up until around the sixth century when the Catholic Church interceded. But men still had much opportunity to be promiscuous. Marriage has since become more of a contract with a license being needed and the state’s involvement. Yet women did not have equality in marriage with marital rape still being legal in most states until the 1970s. Some would argue that women still aren’t equal in marriage or in society in general. And of course now, the laws of this country have finally turned to allow same-sex couples to marry.

So that was a short history lesson on marriage. The majority of marriages that have occurred during humanity’s reign on this planet have had nothing to do with love. It was business or a religious necessity. Arranged marriages still happen throughout the world.

I provide this history only because the idea of marriage isn’t some romantic, beautiful experience as we are told to believe by the bridal industry (which is a billion dollar industry). As you can tell by my tone, I don’t buy into any of the conventional nonsense about the sanctity of marriage. So why did I get married? Well for me, and for him, it wasn’t about a contract or the need to produce children. Our ideas and feelings toward marriage are completely unconventional. We cared little about the actual wedding and more about what it meant to us to be joined together, not in a religious manner or a civil manner, but really what it means to be husband and wife.

But I refuse to have a conventional marriage. Justin and I don’t ascribe to traditional roles in the marriage. He’s the cook; I manage the finances and “operational” parts of our life. We play to our strengths, and we make decisions together. However, we don’t have to ask “permission” to spend money or make plans.

I think I’m a good wife thus far. But you won’t catch me waiting on him. I’ve certainly made him coffee before, but he’s an independent man who can take care of himself. He doesn’t need me to do it. Nor do I need him to take care of me. We don’t “need” that from each other so it actually happens very organically.

And I’m not taking his last name, which has always been the custom and another way in which men are provided the lead. It’s not that I don’t want to; it’s just that at this point, I’ve had this last name for 12 years. It’s a part of my brand. You may think it’s odd that I’m still going by my ex-husband’s last name. Maybe it is. Let me explain. I was glad to shed my maiden name. It was liberating because I didn’t want to be that person anymore. That person was gone to me in a lot of ways, and I certainly had no desire to continue with a last name that was relating to my father. So I didn’t change it back after my divorce. It’s a lot of work to change your name. In the end, it’s just a last name. It is completely inconsequential.

So the biggest question is: does it feel any different now than before we were married? We already lived together and had been building a life together. But I would say yes it has changed slightly in a really positive way. I like calling him husband. The permanence of it doesn’t make me freak out. I feel secure and safe in a way that I haven’t much of my life.

I never thought I’d try married life again. But then this amazing man showed up in my life. Any doubts or concerns I had about what marriage is and what it can be disappeared. I don’t really believe in happily ever after. I believe in happy right now at this moment, and I sure am.