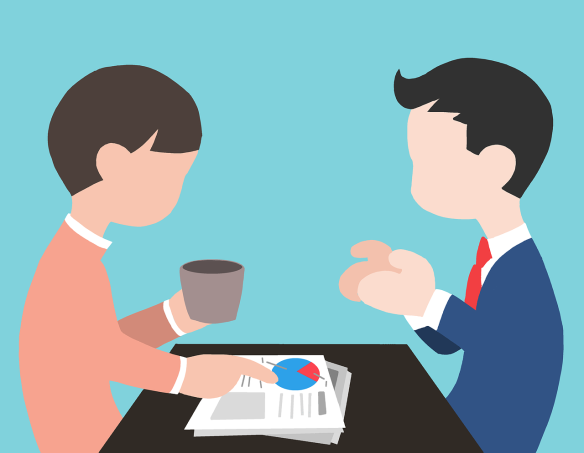 From the What I Learned Series

I’ve had a lot of bosses. Most of which were not really qualified to be anyone’s boss. In fact I’m not sure if some of them were even qualified to be human beings. From many of them I took away lessons of mostly what not to do.

First, I want to talk about the good. Mainly because there’s only two people to mention here. The bad and crazy are much longer. My first job out of college I worked in a litigation department of a now defunct manufactured housing company. It wasn’t an easy job. It was a lot of responsibility. And it was emotional work: plaintiff attorneys were nasty; homeowners were pitiful. But nobody ever treated me like I was a kid. They just threw me in and gave me the support I needed. My boss was an attorney who was both extremely intelligent and likable. My only criticism was his horrible handwriting. He saw something in me and helped me grow. He gave me the encouragement I needed to be successful. He taught me to always ask more questions and focus on facts.  I’m glad for that and know I’m better for knowing him.

My all time favorite boss goes to the guy who took a chance on me, hiring me after a brief interview. I didn’t know much about country clubs, but I was a good writer. He gave me the chance to learn and take on my first marketing role. He and I just clicked. I knew what he meant even when he didn’t. He praised me, challenged me and supported me. He was more of a father figure to me than my own father ever was. I know that if I ever really needed anything, he’d help me. Some of the happiest times I’ve ever had at work were with him.

So that’s the extent of the good. Now for the bad. I’ve had a lot of bad bosses. It didn’t start off bad necessarily. But there were red flags. Huge red flags. For example, if someone tries to talk you out of taking the job and you leave feeling as though you were interrogated, don’t take the job! But I did.

This man is not a horrible human being. I think he just doesn’t know how to interact with people or manage people. On one hand, he wanted to be respected and liked; on the other he wanted to be feared and intimidating. In my book, you can’t be both. Respect and fear are mutually exclusive. He didn’t think this way. Because I didn’t fear him and disagreed with him, he wasn’t sure what to do with me. So he set me up for failure. I wanted to reach goals but was unable to execute on projects to attain these goals. He just didn’t understand modern marketing and was fine with being status quo, but that’s not me. Even though I do believe he is a good person, he was very personally hurtful to me and others on occasions. He believed people needed to be publicly humiliated if they made a mistake or broke the rules. He was obsessed with ensuring that people didn’t make personal connections at work. He told me and anyone else that we were replaceable. It was often a really destructive relationship, one that made me doubt my skills and value. However, the worst thing he ever did was make a snide comment to my co-worker about my appearance.

It was hard to go through this because I really loved my job and my colleagues. But I had to leave. I forgive him for his cruelty. I think he’s a very intelligent man; however, I would never under any circumstances work for him again. It taught me so much though. It taught me to always set others up for success and not take them for granted. Sure, we are all replaceable, but saying that to your employees certainly doesn’t build loyalty. I hope maybe he learned some things, too.

So we are getting closer to the crazy! This boss is borderline bad/crazy. It didn’t start out that way. At first, I thought he was an affable guy. He listened to me. Gave me lots of responsibility. He seemed to trust me. Then I got in deeper and started to realize this guy’s morale compass was not only broken but he was the one who had stomped it into the ground. But he had this salesman smile. People liked him. His incompetence was astounding. He was smart in the sense that he knew the industry and knew how to work people. He had zero business acumen. I tried hard to establish processes and controls but had no support. I worked long hours and took a lot of shit from him and our customers. Finally, I kind of just snapped under the pressure. I felt like he wanted me to be untruthful to customers. That’s not me. I held onto my integrity. Ultimately I couldn’t work for someone that I thought to have zero integrity. One of the last things that really pushed me over the edge was a disagreement we had about what I can’t recall. Apparently it became a bit heated, and he said to my face, “Fuck you.”

I don’t hate this guy at all. I just don’t think he’s a great example of a businessman. For my sanity, I’m glad I left. But it taught me so much about being a boss and myself. It taught me that doing the right thing and the profitable thing are often very different. And I’m always going to choose the right thing. Sometimes you just don’t know until you are tested. It taught me how to listen to others when I’m the boss, not just listening to what they say about a project but about goals, ideas and more. Listening is about giving someone your attention and finding out what they are all about. Neither of these men ever listened to anyone about anything: not their employees, their peers or customers.

Now to the crazy. This lady turned out to be one of the most bizarre human beings I’ve ever encountered. She seemed perfectly normal during the interview process. However, it wasn’t long after I started that her crazy started to show. This woman had nothing in her life but work. But she wasn’t remotely good at her job. She seemed to know very little about marketing or communications. For the first few months, any ideas anyone had were shot down. And it wasn’t in a diplomatic way. She’d flat out tell you that your ideas were awful and so was every piece of work submitted to her. I’d get edits back and be shocked that someone could take a concise, well-written piece and turn it into something that didn’t make sense. She refused to get on board with how marketing was changing, telling us that blogging and social media were ridiculous concepts.

But it wasn’t just her ineptitude. This woman was vicious. She insulted everyone personally, made up lies to pit her employees against one another and watched us all to the point of stalking. We had to start parking on the other side of the building because she was always looking to see when we arrived, went to lunch and left. I never heard her say anything positive about anyone or anything except a computer once. She also made remarks that were borderline racist, once stating that all Canadians were lazy because they had a holiday (we had offices in Canada) and weren’t available.

While I was her employee, I had to take leave for an operation that was really serious. Some of my co-workers were aware but not all. Yet she announced it during a staff meeting. She seemed to go out of her way to make everyone around her feel insignificant and foolish. She was cruel just to be cruel. Look, I don’t really hate anyone. I’m just not going to carry that around with me. I chose to believe in karma, which came eventually when she was fired (long after I left). I don’t hate her, but I do believe you get what you deserve in life eventually, good or bad.

So most of the lessons learned were about what not to do. I’ve been on the other side as the boss. When I’ve been in this position, I have tried to be a leader, one that values the talent around me and nurtures it. The boss employee dynamic can be challenging. You can’t really be a friend, but you should be empathetic and open to suggestion. Guess what? Bosses aren’t always right! If you have good people around you who are experts, you should defer to them. Otherwise why did you hire them? One of the fatal flaws of all the bad bosses I’ve had was their own ego. It was their personal preference, not what was best for the brand. I just think there’s no room for ego in the workplace; it’s just going to fill up the room, leaving the boss to see only his own thoughts.

So how have good, bad and crazy bosses influenced your work life? I’d love to hear your stories! Share them by commenting below or tweet me.